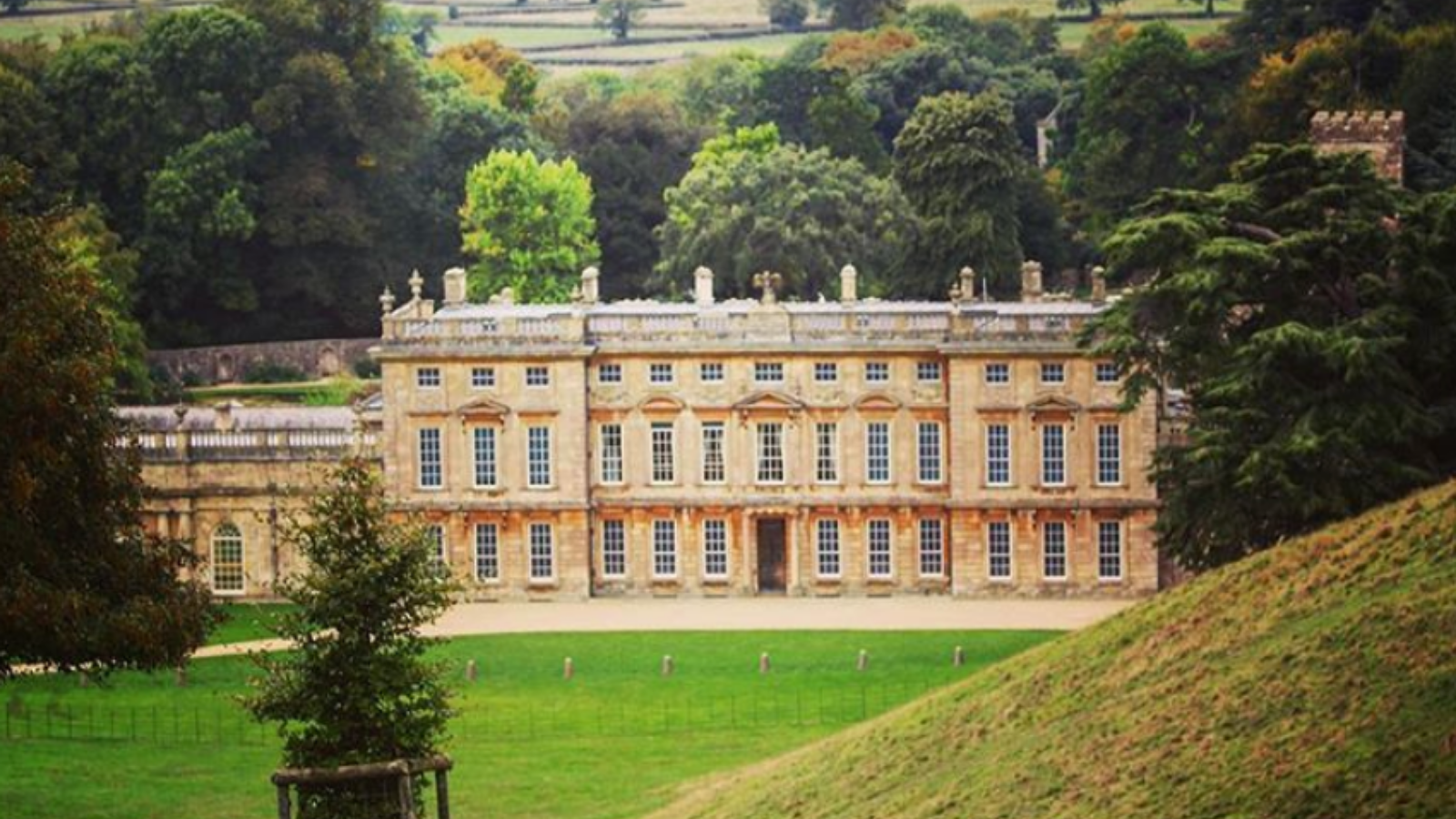 Bath and the surrounding countryside is such a beautiful area of England, it’s easy to see why so many film crews shoot their scenes here. If you’re missing the local area during lockdown, check out these top 10 films and dramas for a glimpse of gorgeous Bath, Wiltshire and beyond! 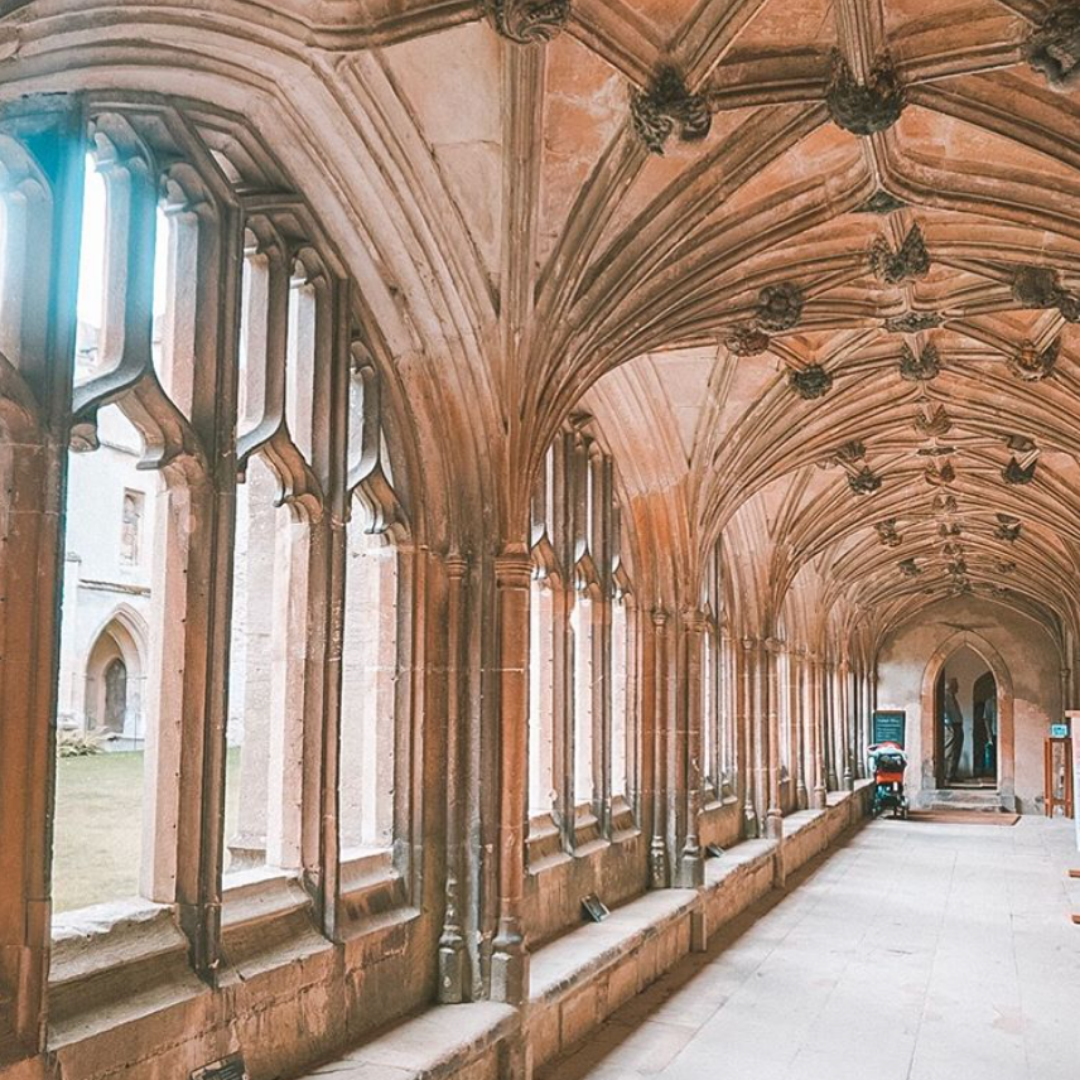 Just 10 miles from Burghope Cottage lies beautiful Lacock village; a small 13th-century medieval market town. There’s little wonder why this picturesque English village is frequently used as a filming location for many TV shows and movies; perhaps most famously, several of the Harry Potter movies including The Philosophers Stone, The Chamber of Secrets, The Half Blood Prince, and, most recently, Fantastic Beasts: The Crimes of Grindelwald. Visit the magnificent Lacock Abbey for the most iconic scene from the Harry Potter films; Hogwarts! You’ll also spot Harry Potter’s parents’ house and Horace Slughorn’s hideaway around the village. 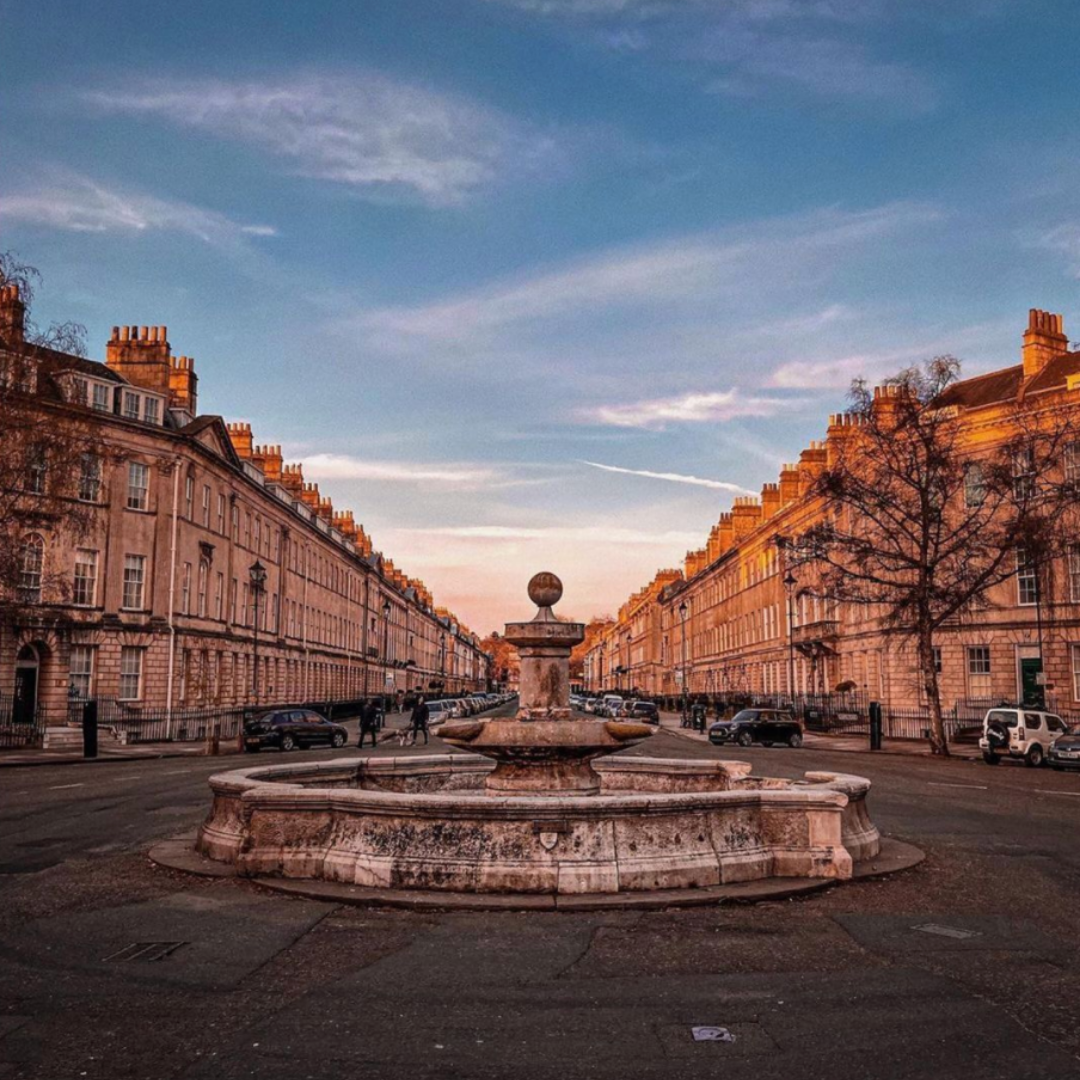 Great Pulteney Street was transformed into a film set for the period drama: Vanity Fair, starring Reese Witherspoon in 2004, with Beauford Square, Sydney Place and the Holburne Museum also featured. The production took full advantage of England’s period architecture. All exteriors set in London were filmed in Bath and filmmakers shot for four days and nights on the city’s main boulevard, Great Pulteney Street.

3. The Duchess – The Royal Crescent, Bath 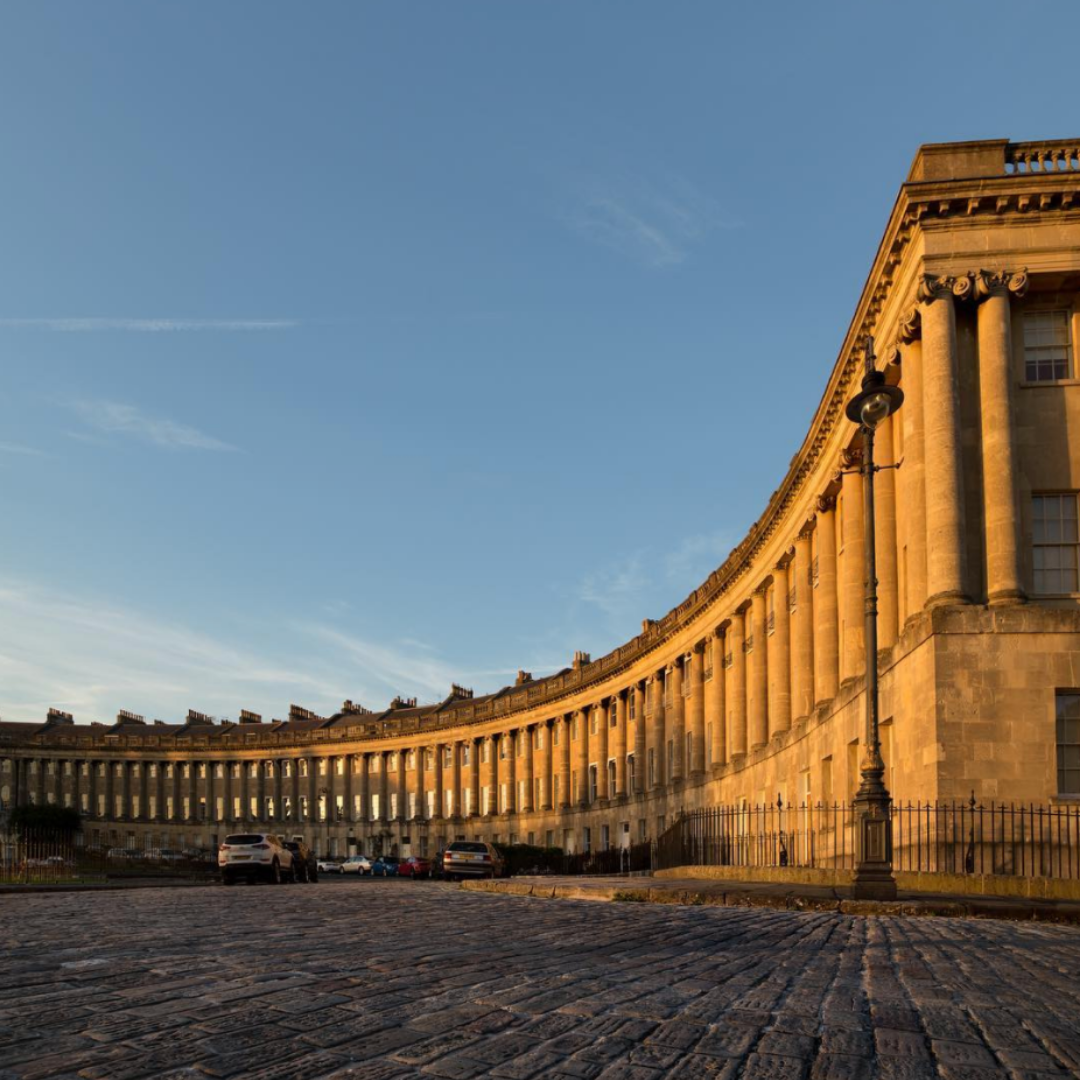 Oscar and BAFTA-winning, The Duchess (2008), starring Keira Knightley and Judi Dench, features the grand Assembly Rooms and The Royal Crescent in Bath! The historical drama stars Keira Knightley as eighteenth century aristocrat Georgiana Spencer, Duchess of Devonshire, who was known for her glamorous and extravagant lifestyle but stuck in an unhappy marriage. Keep an eye out for the iconic buildings around Bath! 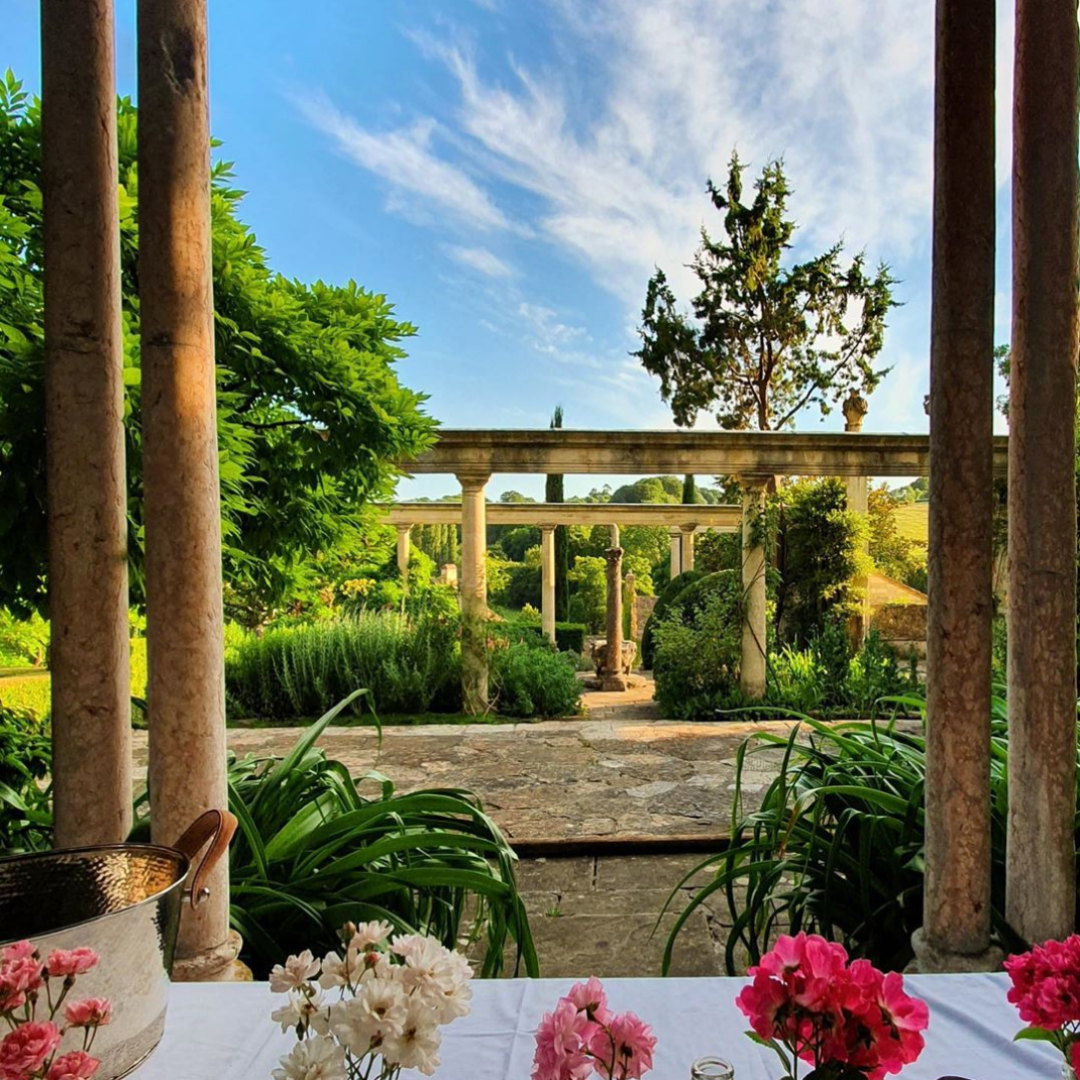 The latest 2020 film version of The Secret Garden – starring Colin Firth and Julie Walters features the pretty Iford Manor Gardens in Bradford-on-Avon. The origins of this manor house, located in Wiltshire, go back to the late 15th-century, and it has been home the Cartwright-Hignett family since 1965. The manor sits in the middle of a 900-acre mixed estate. Iford Manor Garden’s great terrace was featured in The Secret Garden. Watch the film on Sky Cinema now! The wonderful estate and gardens will reopen in April 2021. 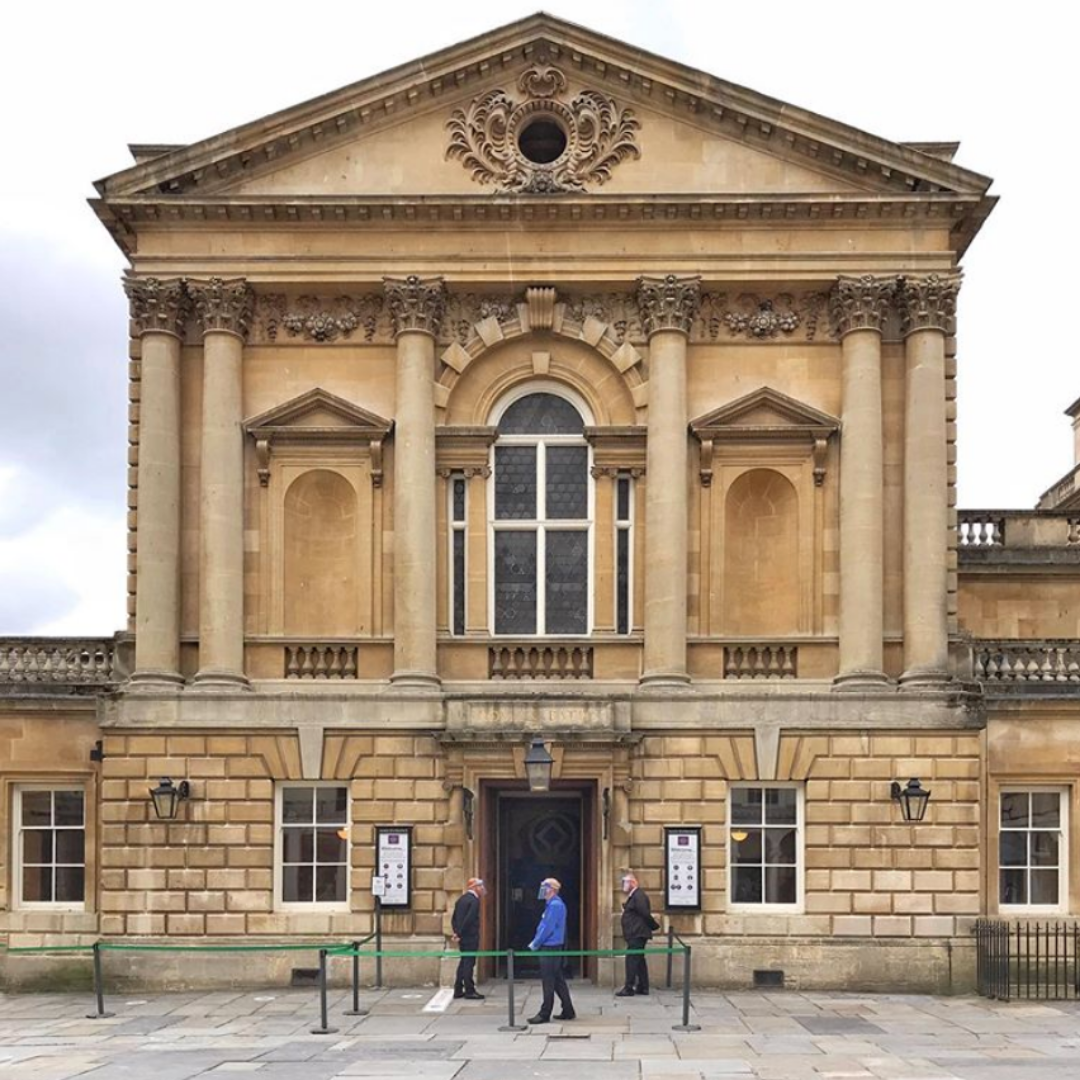 With Jane Austen living in Bath from 1801 to 1806 and the city providing inspiration for her novels Persuasion and Northanger Abbey (2007), it makes sense that its historic Georgian streets would also be used as a location for period dramas. Both the 1995 and 2007 film versions of Persuasion use beautiful Bath as a backdrop. Look out for The Pump Room, The Roman Baths, Assembly Rooms and The Royal Crescent in both films! 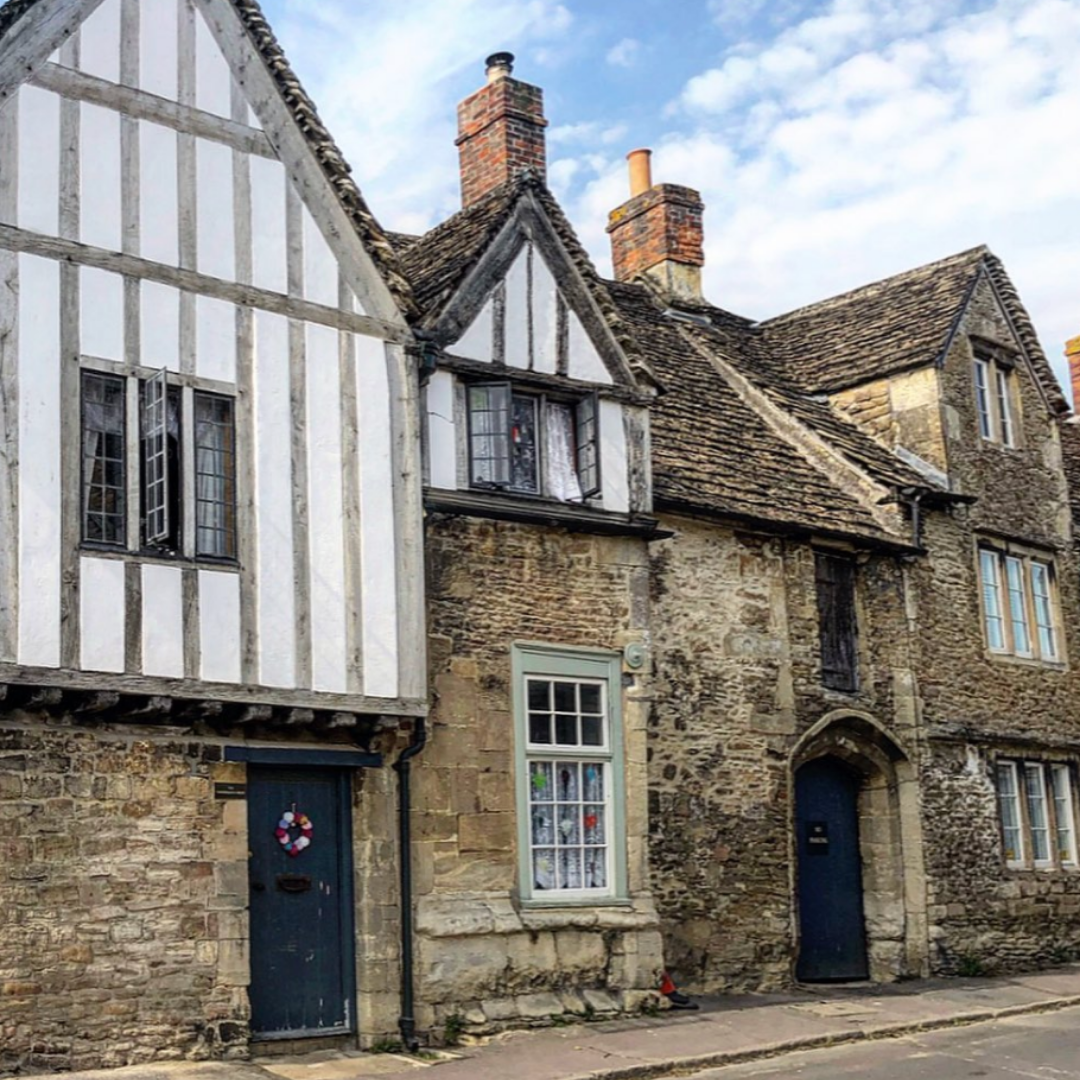 The National Trust village of Lacock is a beloved film location for the movie versions of the Jane Austen books. In the BBC’s 1995 Pride and Prejudice, Lacock was used to portray the village of Meryton, the home of Aunt Phillips and a frequent destination for the Bennet girls. Lacock Village is a magnet for film crews hunting for authentic backdrops. The village’s streets can be emptied of cars and transformed into the era of choice, with many of the locals happy to step in as extras!

7. The Remains of The Day – Dyrham Park, Chippenham 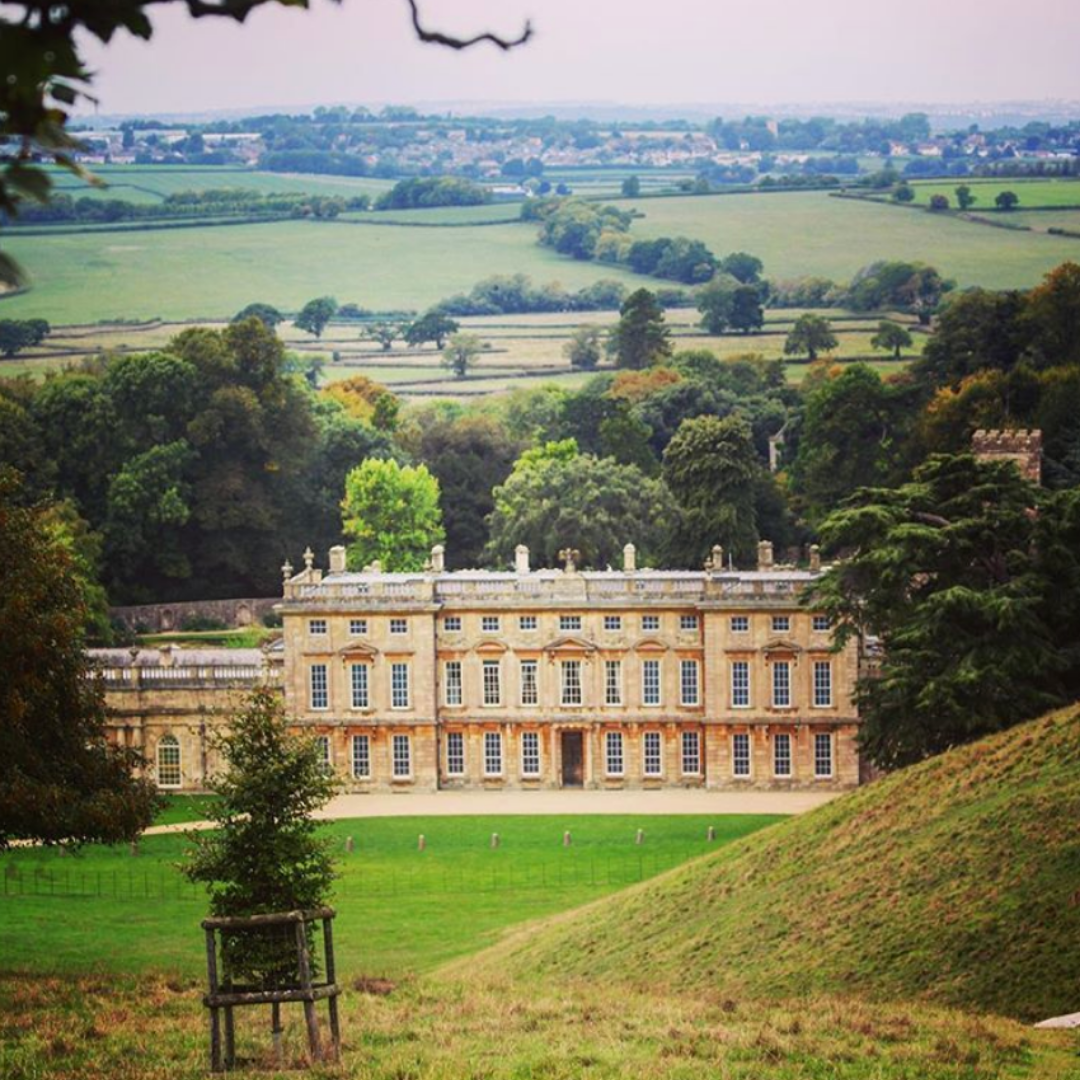 Just 14 miles from Burghope Cottage is dreamy 17th-century Dyrham Park, a National Trust location. It was one of the houses used as a filming location for the 1993 Merchant Ivory film The Remains of the Day. Dyrham Park is nestled within a deer park and the house itself is located within parkland that measures 274 acres. The garden and parkland are open but there is currently no bus. To avoid disappointment please book your visit in advance. 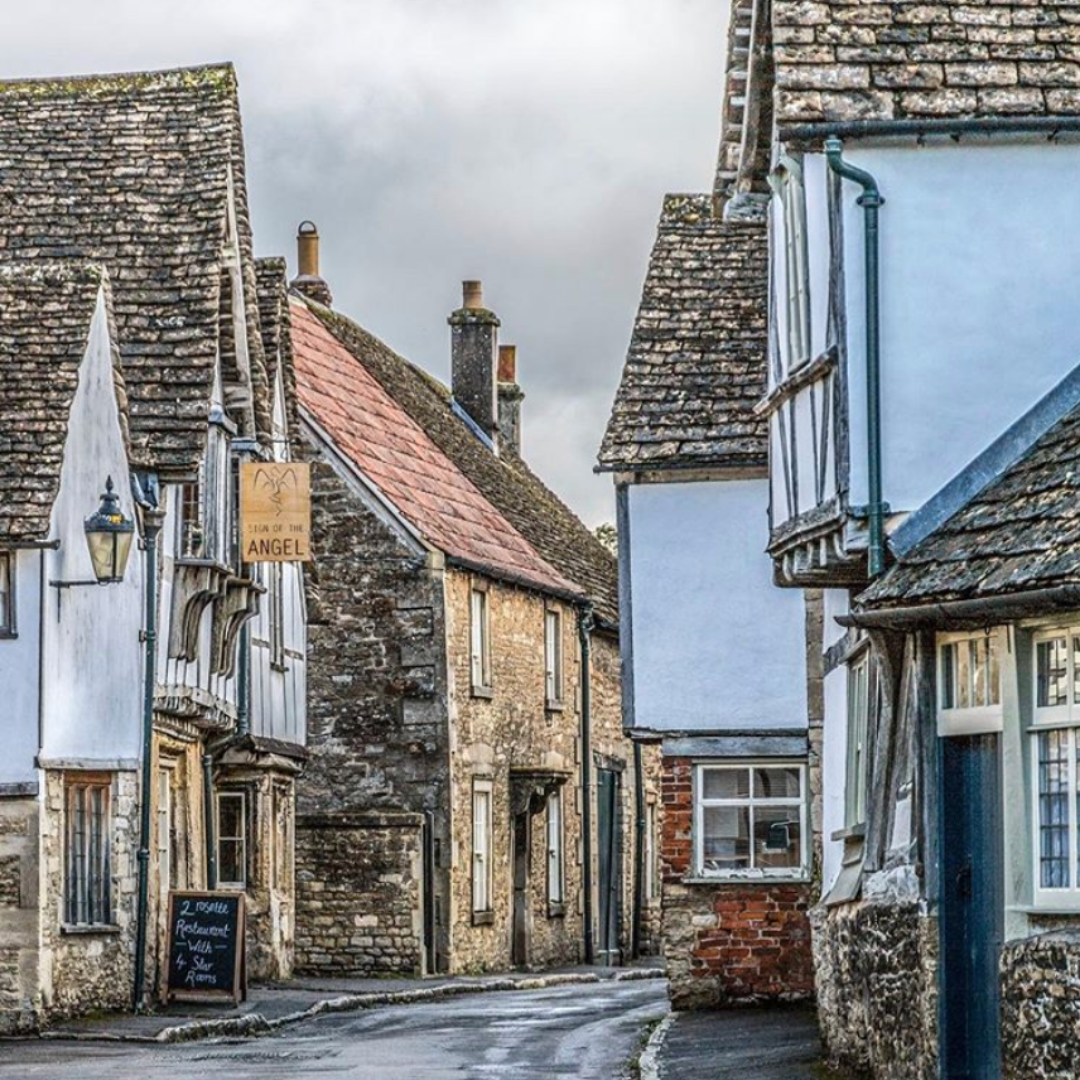 With its quaint cottages and cobbled, historic streets, the National Trust village of Lacock has been a favourite filming location for Downton Abbey. The exterior of Carson’s cottage was filmed here and stars such as Hugh Bonneville, Michelle Dockery, Jim Carter and Phyllis Logan were all on set for filming. As well as sharing the beauty of the village on screen, the Downton Abbey filming has also benefited Lacock by providing costs towards refurbishing the play area, which is much-loved by the local community and visitors. 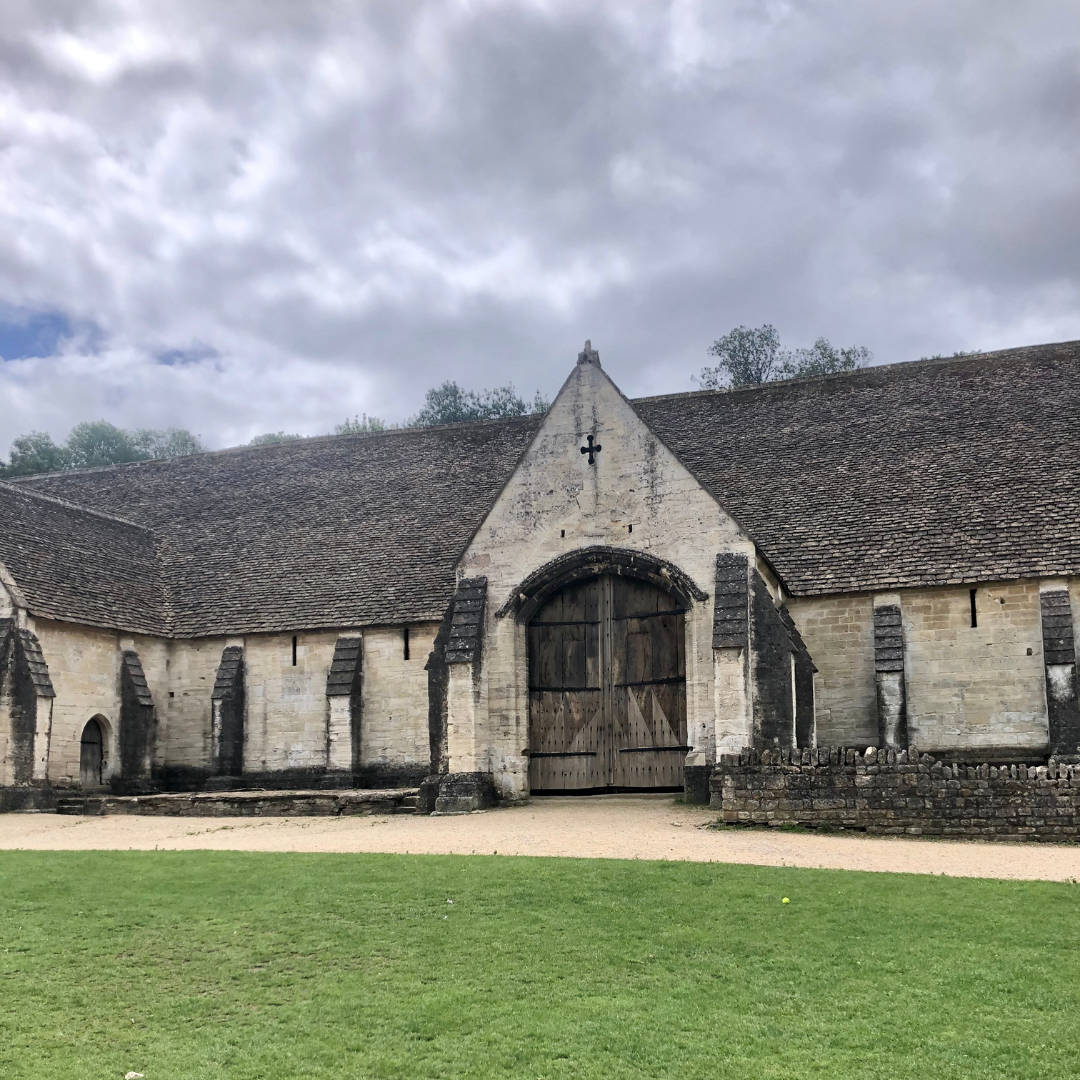 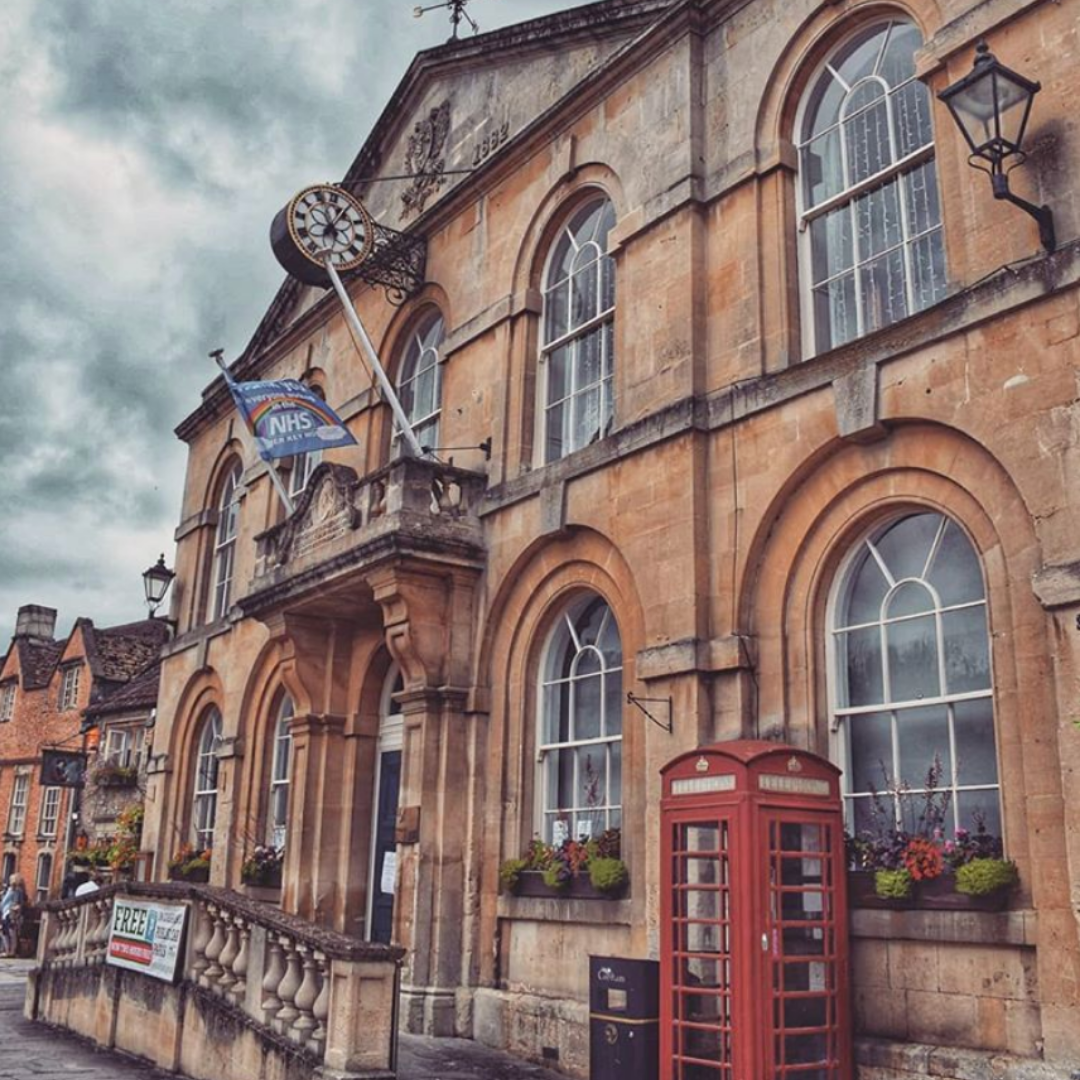 You may think Poldark was only filmed in Cornwall, however, in the first series of Poldark, Corsham’s high street was used for Truro street scenes with the Town Hall exterior as the Truro Assembly Rooms. In May 2014, Mammoth Productions transformed the town. Shops and businesses were covered with fake facades, the road surface vanished under dirt, cows, geese and horse-drawn carts took up residence, and the pub sign for the infamous Red Lion came into view. For the second and third series, the production team opted for Frome in Somerset.

These top 10 incredible filming destinations are located within easy reach of Burghope Cottage. We hope you can visit some (or all!) of the pretty locations during your getaway once the lockdown is lifted!